Should I install solar now or wait until batteries become cheaper? 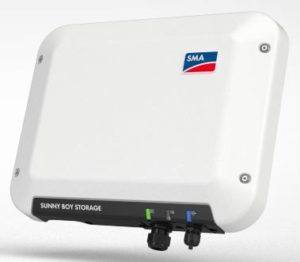 Occasionally I come across a potential customer that tells me they are waiting until battery storage becomes cheaper so that when they install solar – they can do it “properly”, or “all in one go”.

Today I’m going to have a look at this option and compare it to installing solar now.

We would expect that good quality battery storage will become competitive with the grid in three to four years.

There are two main factors that will make the transition from the grid to batteries more likely:

Installed costs for solar have been coming down for a while now too, however the solar STC incentive is also reducing every year.

These are the expected STC incentives for 5kW systems over 3 years; it reduces around 9% per year:

That means unless installed costs for solar fall by more than 9% per year, you will be paying more for you solar system next year and every year after that.

Electricity prices are rising too. There has been quite a lot of attention given to this in the media lately.

If we assume that the price rises by 6% per year, which is conservative considering the possibility of an Emissions Trading Scheme becoming policy within the next few years.

If this is the case we can expect to see an average $650 quarterly bill to go up by the following amounts over the next 4 years:

This means if you don’t install solar power, your electricity costs over the next four years would probably total around $11,374 (with a $650 bill). 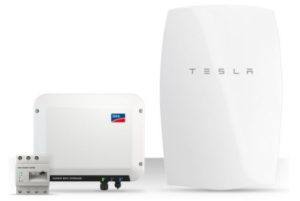 A top quality system using REC solar panels and an SMA SunnyBoy inverter (which is compatible with battery storage technology) will cost around $5,500 today. And, if you are serious about battery storage, you also install a smart meter now as this will help with battery sizing later, you need one to connect to batteries anyway. The installed cost for the smart meter is $670 (for SMA – less for Fronius and others).

Total installed cost for your solar system + smart meter is $6,170.

Let’s also assume that during the day the house is empty, with everyone at work or school.

Which means that only 40% of the electricity generated can be used directly in the home – 60% goes back to the grid, at 8c reducing your night-time usage by ±29%.

The annual savings from solar under this assumption are $1,195.74

Let’s have a look at those electricity prices again, but this time we will subtract the savings from solar to them:

So you have almost made back the money you spent on solar, in four years.

And that’s with using less than half the electricity the solar system generates during the day – meaning you have enough energy to store in a battery.

Now let’s say you waited for three years so that battery prices have come down.

Well… you have paid $11,374 for the electricity you have consumed, that’s $5,092 dollars more than you would have – had you installed solar sooner.

When the time comes to install a battery you will have all your energy consumption habits at your fingertips – through information provided by the smart meter.

This is useful in selecting a battery size that suits your household consumption.

Without this data – battery sizing is a stab in the dark.

By installing a battery that is too large, it could end up costing you thousands more dollars.

And – solar will add value to your home if you decide to sell.

Solar power has a return on investment of around 25%.