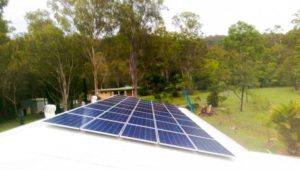 Over-sizing of solar systems means that more solar panels are installed than the rated capacity of the inverter. An example would be installing 4kW (16) solar panels and connecting them to a 3kW inverter.

By doing this you won’t reduce you inverter life, nor will you jeopardise you inverter warranty. In fact over-sizing is recommended by inverter companies such as SMA and Fronius as a way to get the maximum return on your solar system.

There are a number of good reasons for over-sizing which I shall briefly cover.

1.Make better use of the inverter’s AC output
Solar panels will produce their rated power under certain conditions, known as STC (Standard Test Conditions). When these conditions are not met the output from the solar panel will be reduced. By installing more solar panels the inverter will be working at its full potential. 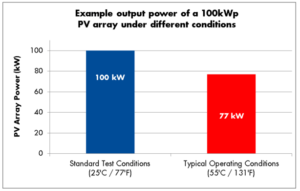 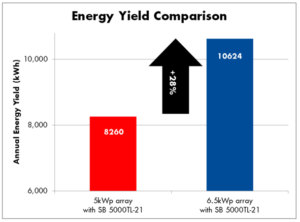 3.Reduce inverter costs
An inverter with a smaller capacity will in most cases be less expensive than a larger inverter, reducing overall system costs.

4.Make the most of East- West PV arrays
In cases where the northern aspect is shaded or limited in space, over-sized East -West arrays are able to deliver electricity during the morning and afternoon peaks.

5.Maximise the Government incentive
The STC incentive for solar systems is dependent on the amount of solar panels installed. This means that you will get a higher incentive value while using less balance of system equipment and with reduced inverter costs.

6.Install enough capacity to allow for battery storage.
Cheaper batteries are on their way. By installing more solar panels now, homeowners can generate enough electricity for all their needs, without having to pay installation costs twice.

The benefits for over-sizing are clear. Current regulations restrict over-sizing to 1.33 times the capacity of the solar inverter.

For more information regarding solar power contact Iain on 0481 069 028 or email me: iain@homeandenergy.com.au